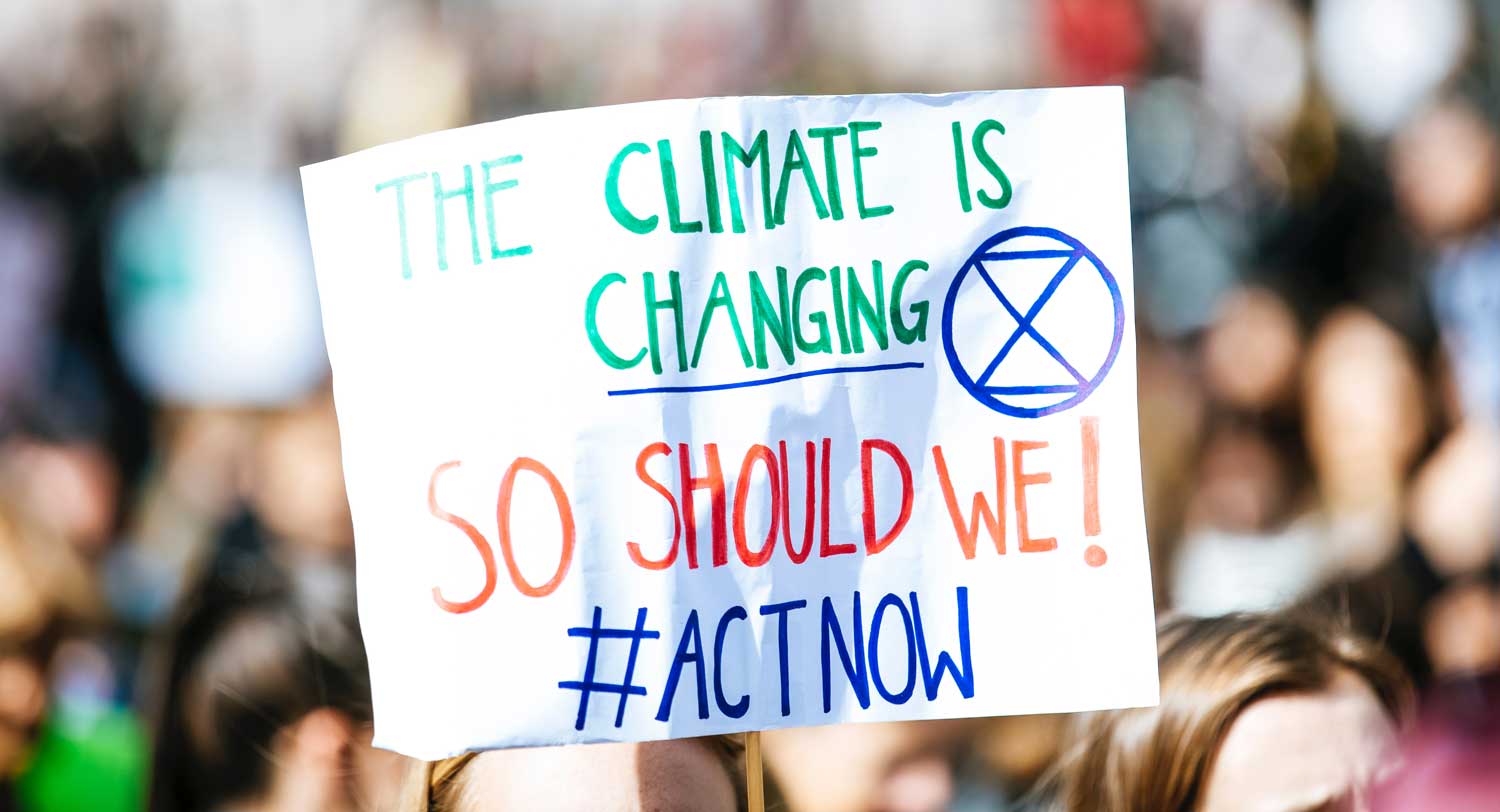 Impermanence, anicca in Pali, is the underlying reality upon which the Buddha based his teachings of liberation. Things change. Accepting change and being willing to let go of what has passed is often seen as a great challenge. But there is an inspirational aspect of change that the Buddha also taught: Human beings can wake up from their ignorance to see things in a new way.

In recent times we’ve witnessed massive shifts in consciousness such as the recent landmark decision by the U.S. Supreme Court that, with one swift blow to prejudice, established same-sex marriage as the law of the land. And as so often is true, suffering can wake us up out of complacency to suddenly see things in a new way.

Not only is change possible, it is inevitable. And it can happen like a thunderbolt, altering the way the whole society thinks once it is forced to wake up to what’s true. This possibility may apply to the great issue facing all of humanity at this time: climate disruption. It’s understandable that so many knowledgeable climate experts are filled with discouragement and despair. Never before have we so clearly seen humankind’s greed and denial steering civilization toward a course of self-destruction. At the same time, never before has there been so much self-awareness and concern for the planet.

As one wise friend has put it, “We are in a race between fear and consciousness.” In the long run consciousness trumps fear, but it’s uncertain whether time is on our side. Although there is good cause for despair we also can be inspired by the rapid shift happening in our collective consciousness around this issue.

The Buddha began his teaching with the First Noble Truth of Suffering because coming to terms with suffering can wake us up. Now humanity is faced with a scope of suffering that will inevitably shake us out of our complacency. At some point we will all be forced to come to terms with the consequences of living unsustainably in a world of limited resources. Although there will likely be major suffering, we could also view this situation as a unique opportunity to embody a new way of living.

Yes, many despair that things are moving too slowly and there might not be enough time to make a difference. Perhaps they’re right. But since the degree of suffering experienced by all living beings will depend on whether we wake up sooner or later, it makes sense to do what we can to support our collective awakening happening on the earlier side.

And what does this mean for Buddhist practitioners? A long-time dharma practitioner and sustainability expert who heads a consortium of environmental groups working with the White House on Climate Change once told me: “The Dharma holds the key to shifting our culture’s thinking on this issue.” Whether it’s called Buddhism or simply “consciousness” we need to start understanding this situation from a dharma perspective. And with mindfulness having such a major impact in so many spheres of our culture from business to education to health there is an opportunity to affect thinking like never before.

These days many Buddhist practitioners are wondering more than ever how their practice can address the reality of climate change. They are asking, “What can I do that could make a difference? What does my practice have to offer this dire situation?” The Dalai Lama has said that world systems come and go. Although we don’t know exactly what the future will bring, he says if we know we’ve done what we can we’ll be able to hold whatever happens with greater peace in our hearts. Angeles Arrien, cultural anthropologist and visionary, said, “Action absorbs anxiety.” Our own commitment can become a catalyst for those around us to express their caring as well.

As Buddhist practitioners we have, as Julia Butterfly Hill puts it, a “joyful responsibility” to do what we can to bring more consciousness into the world. Not only is goodness our basic nature, it’s contagious and what we do affects others in very powerful ways. If we open to the possibility that a major paradigm shift of awareness around climate change is possible, we can become part of the tipping point that can make a huge difference to humanity, all other life forms and a planet crying out for our loving care.