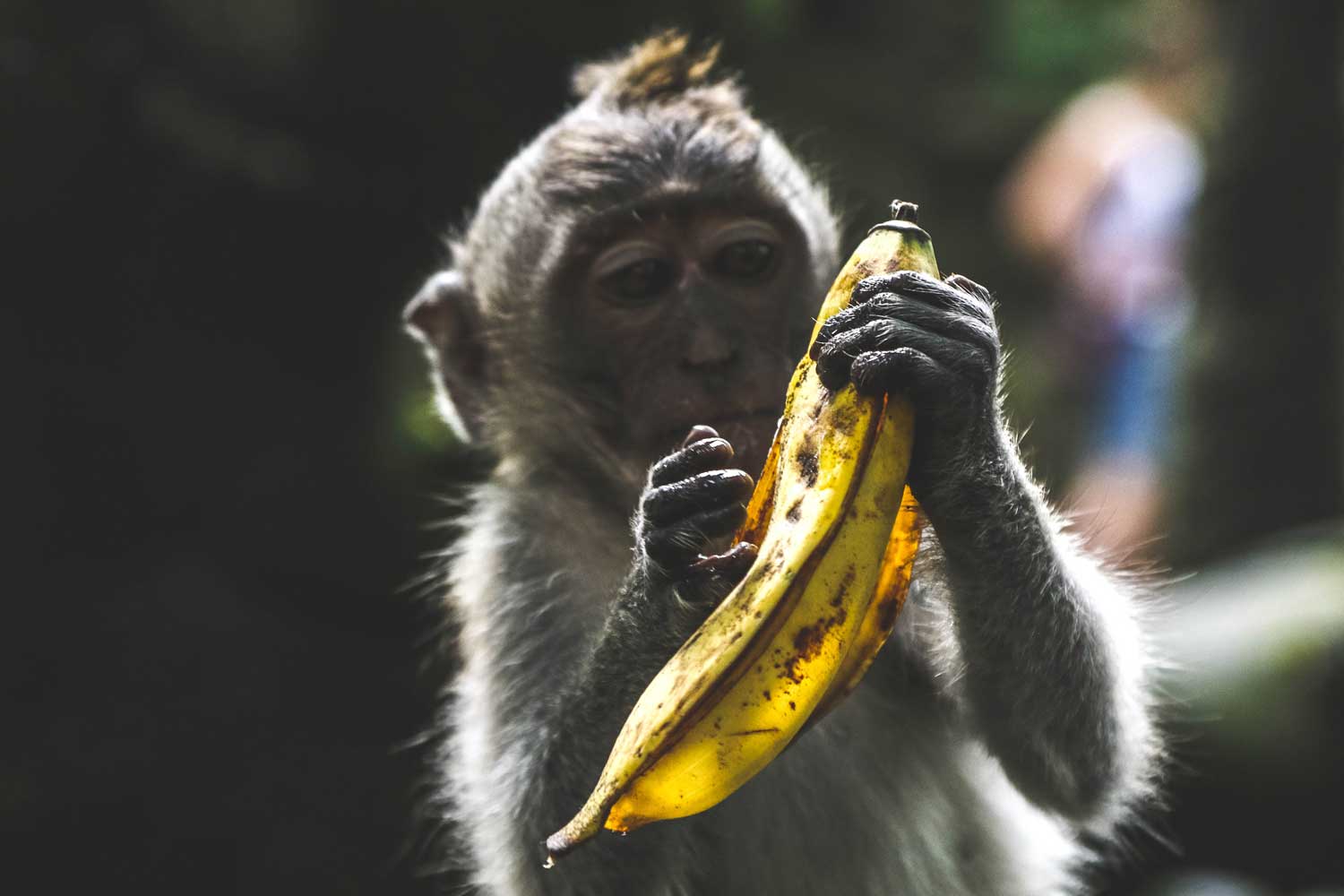 In Thailand, here’s how hunters capture monkeys: They hollow out a coconut through a small hole about the size of a monkey’s hand when outstretched. They then put a banana inside the coconut hole and leave the rigged coconut outside in the jungle, secured to the ground or a tree.

When the monkey discovers the coconut, he reaches in and takes hold of the banana, making a fist around it. But then he can’t pull his hand out because he can’t remove his fist from the small opening. The monkey is caught. There’s one simple solution that doesn’t usually occur to our poor trapped monkey: “Drop the banana.” Sadly, the monkey would let himself be captured rather than release the coveted banana.

Is this story merely about monkeys? Of course not. It’s a beautiful analogy for how the human mind works; we are often captured by our desires or by a multitude of emotions, thoughts, aversions, opinions and so on. We can find freedom by letting go, but most of us tend to stay captured. Our task is that when we are caught—clinging tightly to that banana—we have to drop it. As painful as it is, that’s the only way to find freedom. The key to dropping the banana is mindfulness: Knowing we are caught, using our awareness to relax the grip on whatever it is that is holding us in bondage. And I might argue that when we relax, what is it we might possibly open to? What I like to call natural awareness, and what I’ll discuss some in my teaching on Sunday.